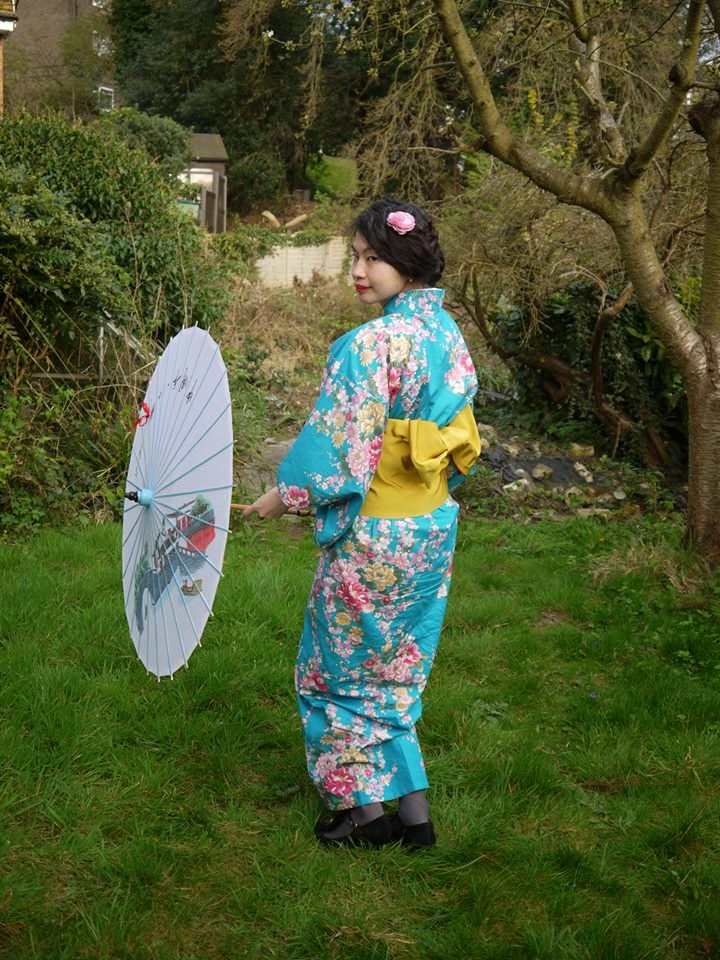 In all the vintage escapades I have had the honour of joining, the Candlelight Club remains one that I return to in earnest, especially when there is an Eastern or Oriental theme for the night. At times it almost seems that part of the world is missing in the vintage revival map, as Asia is not very often shown...or perhaps even hidden in a majority culture that fears losing face and naturally shies away from individual attention. Fact is, the world lived through different decades sharing styles and experiences common to each other whilst remaining as individuals with their own diversely unique cultural elements, just as we have done today. Though vintage has been increasing in popularity gradually throughout Asia in recent years, you are still unlike to see people walking naturally along the streets in vintage garments matched with vintage hairstyles or have too many vintage events to attend. For those sharing an Asian heritage, the likelihood of seeing one's great grandmother or grandparents adorned in vintage styles might have sparked an interest, or might have been labelled too old fashioned to follow. I remember when I first started collecting the Qipao by buying a new piece when I visited family in South East Asia many eons ago, it was met with a raised eyebrow or two from my aunties whilst my grandma giggled in amusement to my new passion. My cousins and sisters were off to shops that sold the trendiest fashion, whilst I sought out Qipao shops that are normally visited for occasions such as a wedding. In a loosely parallel reflection, I didn't see many local Japanese ladies wearing a Kimono or Yukata on the busy cosmopolitan streets of Tokyo last year, as it was mostly filled with white crisp Western shirts matched with black trousers or skirts. If you run an online search you may find there are not too many pictures and articles on the Modan Gaaru or Moga, which is a literal Japanese translation for the modern girl in 1920s flapping times. Japan's rendezvous with the West included an appreciation of imported Western clothing, the short cut bob, finger waves and Whisky as the most fashionable trend for youths of the time....


[Catch up with my post on the Modan Gaaru here: www.walkinginmay.com/part-3-modan-garu]


Dressing in a Yukata or Kimono
After acquiring a beautiful blue Yukata with pink blossoms from my last trip to Japan, how could I pass the opportunity to wear it again and roll with some hot 1920s jazz at the Candlelight Clubs's Sakura in Old Tokyo night! Plus Rachael actually has an amazing collection of vintage and antique Kimono, which you can see the rest of the girlies wearing in the photos, and we absolutely love dressing up to the roaring twenties. Nabbing myself a proper vintage yellow obi that is light enough for a Yukata on Etsy, I sifted through YouTube for videos (see below) on dressing and practised how to tie the flat Hira obi on myself as well as by myself...because Naoko was unable to attend the event. Arriving at Rachael's fully dressed in my Yukata and tied obi, I was tasked with dressing the girlies and tying their obi into cute bows. Once dressed and made up with hair as well as make-up, we were ready for a mini photoshoot in Rachael's garden with her collection of parasols...having fun in the sun!

[Catch up on my step-by-step photo 'How-To' dress in a Yukata here:
www.walkinginmay.com/how-tolooks-part-1-becoming-1920s-modan-garu] 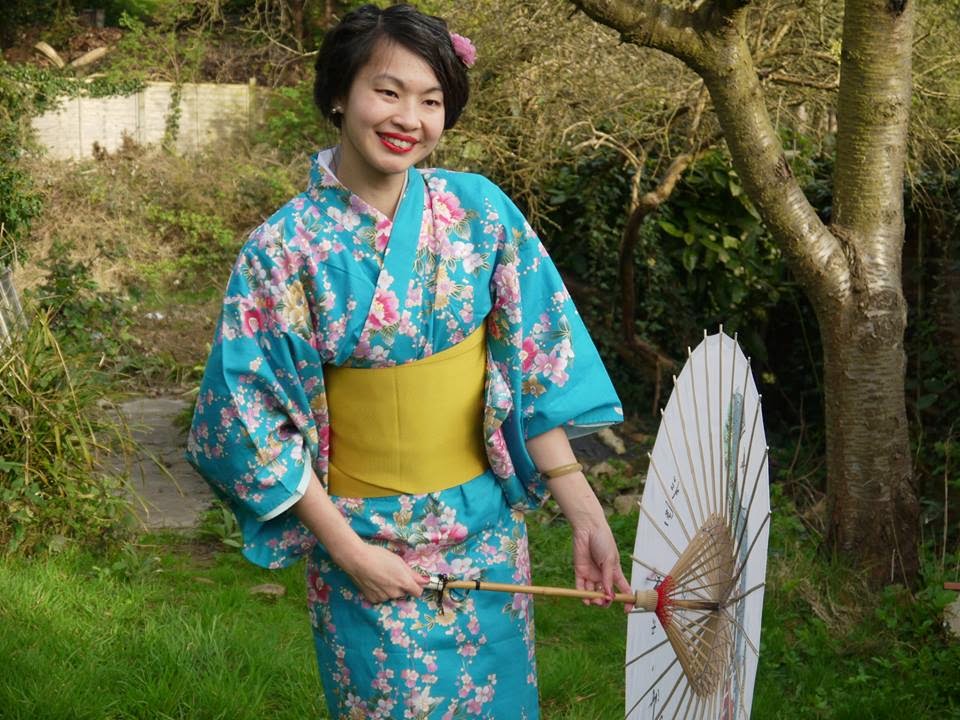 The Candlelight Club ~ Sakura in Old Tokyo
The name of this regular London vintage event derives from the secret venue being lit entirely by candlelight, just like how they use to do it before electricity was widely available. Having been to the Candlelight Club before, we knew what to expect and met the fashionably well dressed 1920s vintage fans with delight, though slightly disappointed that the secret venue happened to be the same one we went to in Angel last time. Happy to find we were not the only ones in a Kimono or Yukata, though the only ones in a properly tied obi that even the flapper dressed Japanese ladies from Tokyo were very pleased to see, we were still surprised by the increased hen parties in attendance this time. The silent black and white film flickered from the projector across the clean walls, the bar was well equipped and the delicately illustrated menu was excitingly tantalising...we eagerly spotted beautifully glamorous people all around in their fur, chiffon, pearls, Art Deco and monochrome ensemble. Sipping on Japanese inspired cocktails and whirling around as the kimono dressed Benoit Viellefon played their jazz numbers, we had a fun night of laughter and dance as 1920s Moga!


[Find out more about the Candlelight Club here: www.thecandlelightclub.com] 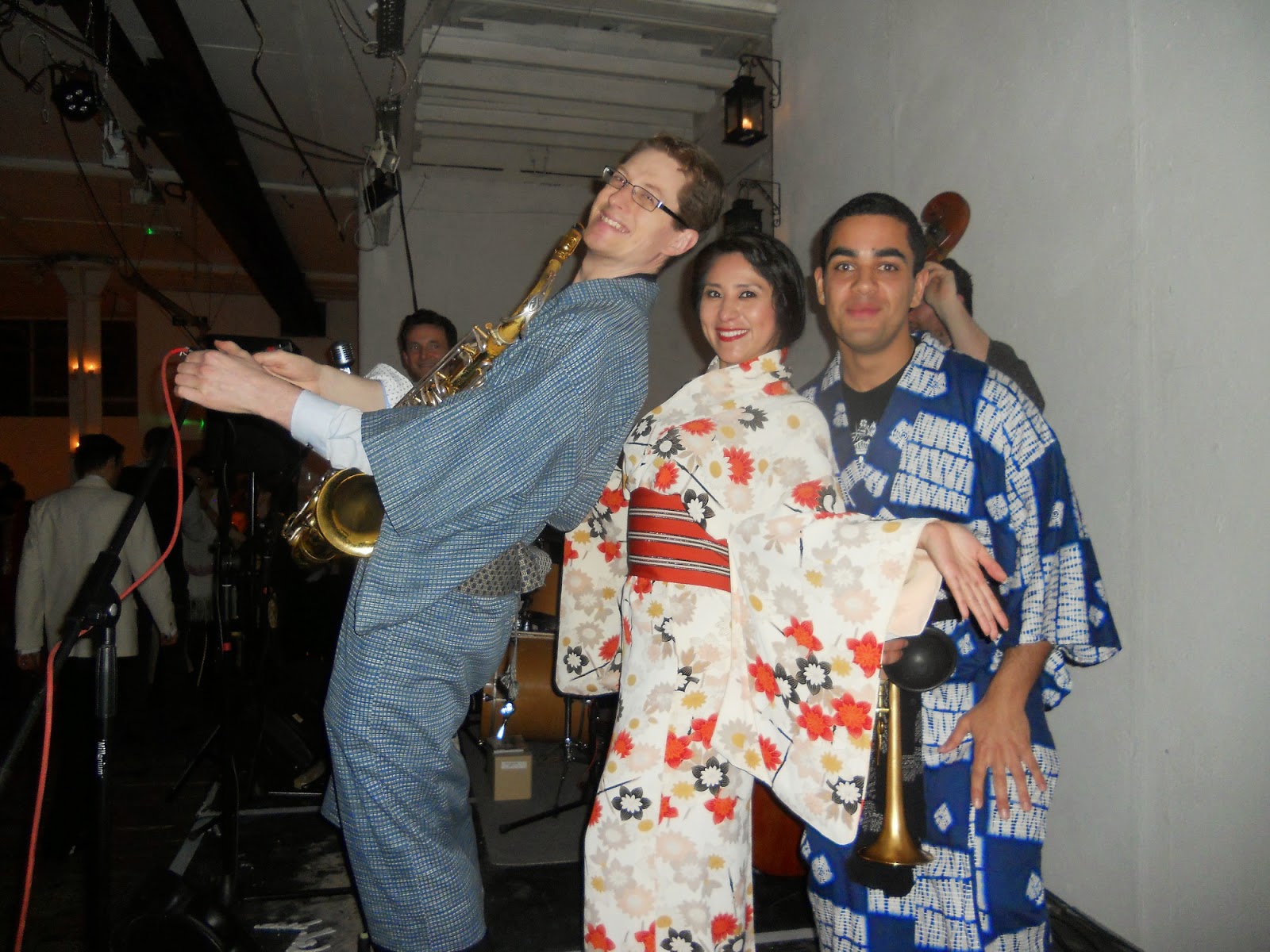 Finally a very very big THANK YOU goes out to all you lovely darlings who have supported my fundraising through the 'Shave or Style' campaign for Macmillan Cancer Support! I have been really touched by your supportive kindness in helping me reach my fundraising target and the positive thoughts you have sent my friend have been utterly sweet....thank you, thank you and thank you. You have no idea how precious your kind actions have been to us, it really is beyond words. In order to reach my fundraising goal I pledged several target-post actions that I will soon fulfill:


*Reaching £60 = I will be wearing the Cheongsam (Qipao) on all 3 days of the style challenge!

**Reaching £90 = I will make my very first VIDEO Tutorial on a vintage hairstyle (voted by you)!

***Reaching my full target £108 = I will be walking the night half marathon "Shine Walk" in September 2014 wearing a Cheongsam (Qipao) dress and vintage hairstyle!

[If you are UK based and would like to offer a bit of support on my fundraising, please text (sms)  'LKYW87 £1'  to 70070. Alternatively press the 'Sponsor Me' button to donate]

And stay tuned to find out what shall be revealed for my 3 days style challenge from 23rd to 25th July 2014....also if you have any ideas on what hairstyles you would like to see me wear, or do for my very first video tutorial then let me know! I shall be off to Spain for a little break over the weekend, but I wish all you kind loving darlings a fabulous and sunny weekend!


Until the next time,
♥ May xx