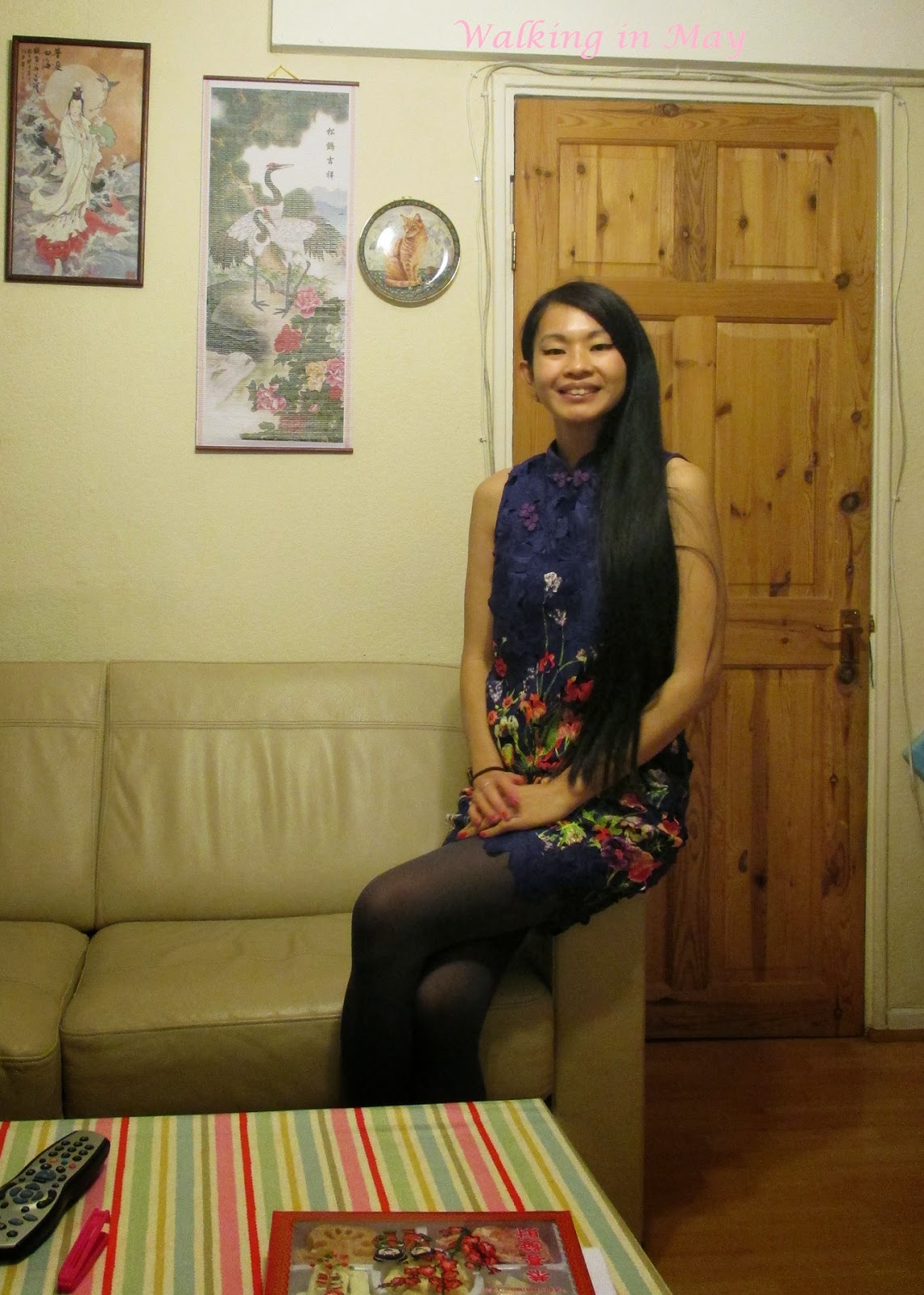 Happy spring....and welcome back darlings! After taking a bit of a blog sabbatical and returning from my sister's wedding in Singapore, its time to follow on with my #CheongsamConfidence mini-campaign over Chinese New Year. Thank you so very much to those who participated.... especially to bloggers Ai from 'Sakura Haruka' and Maria from 'Petulant Child' for being supportive towards body positivity with the Cheongsam. Though I was surprised that none of the Cheongsam shops I contacted via email voiced any support, as I had thought it would have been be a promising and positive action for them to participate or act in their own campaigns to support a rather important issue....after all if the makers of these modernised or traditional dresses are not considering the message of body positivity, then where would the future of the Cheongsam go? What images; from the models they choose to the designs they create; will be reinforced to our younger generation? Are they truly prepared and equipped to create body unique or plus sizes that fit as well as flatter? It led me to wonder whether the powers of commercialism had taken over these independent businesses, granted that the onslought to the festivities might have been a busy one, and perhaps I shall never know. But I was contacted by an organisation campaigning for body positivity called 'The Body is Not an Apology'. Back on topic...how did your Chinese New Year celebrations go? Which Qipao or Cheongsam did you darlings wear for #CheongsamConfidence? Over the first few days of the festivities I was helping out at the Franklin Tree stall in Brick Lane's Vintage Market (London)....so I was working a Qipao (Cheongsam) as I worked and was able to capture a few shots on my camera very quickly. Here's what I wore for the second (purple short length shift floral Cheongsam) and third (leopard print ankle length simple wiggle Qipao) days of the Chinese New Year of the Goat...for #CheongsamConfidence: 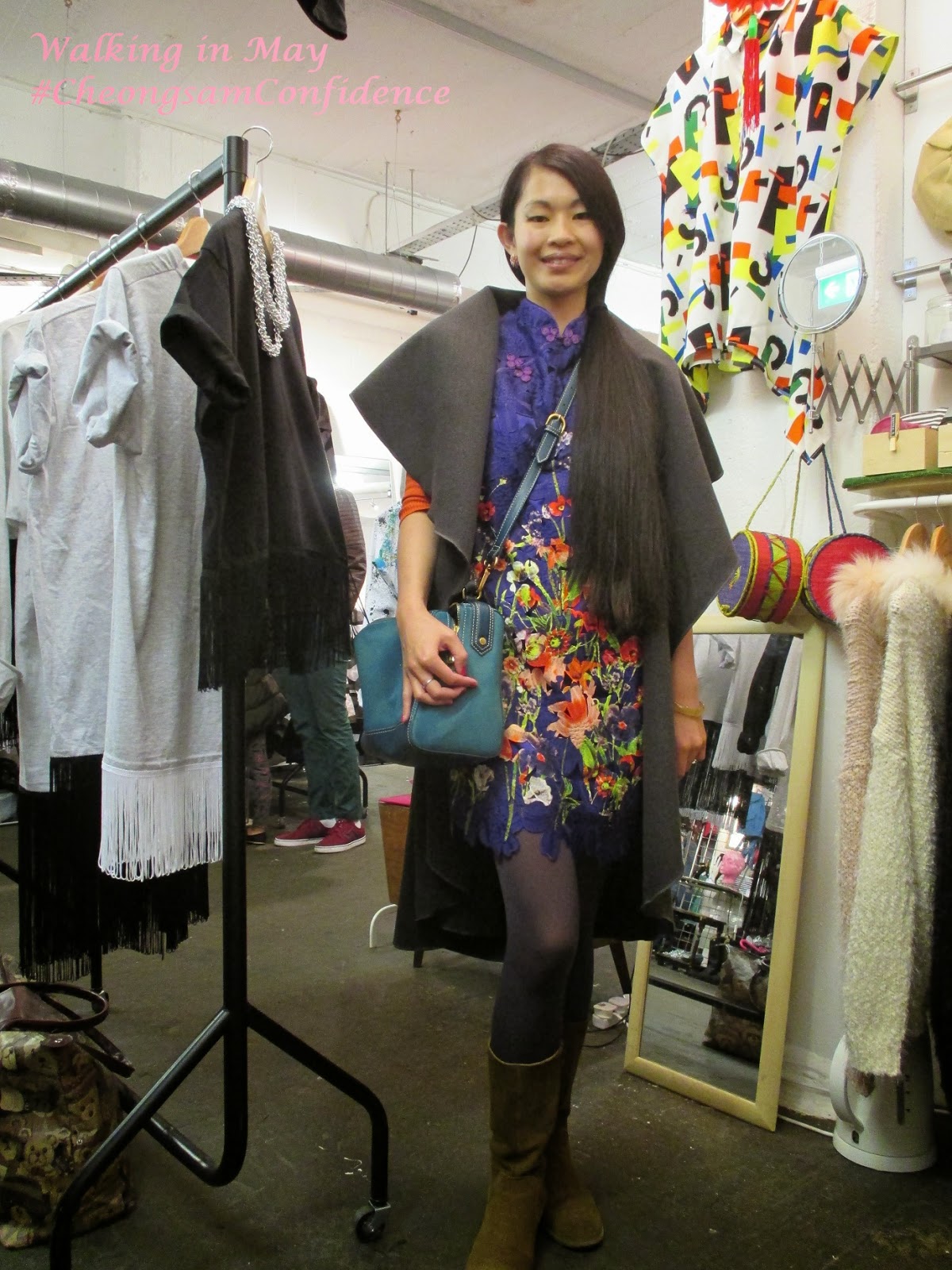 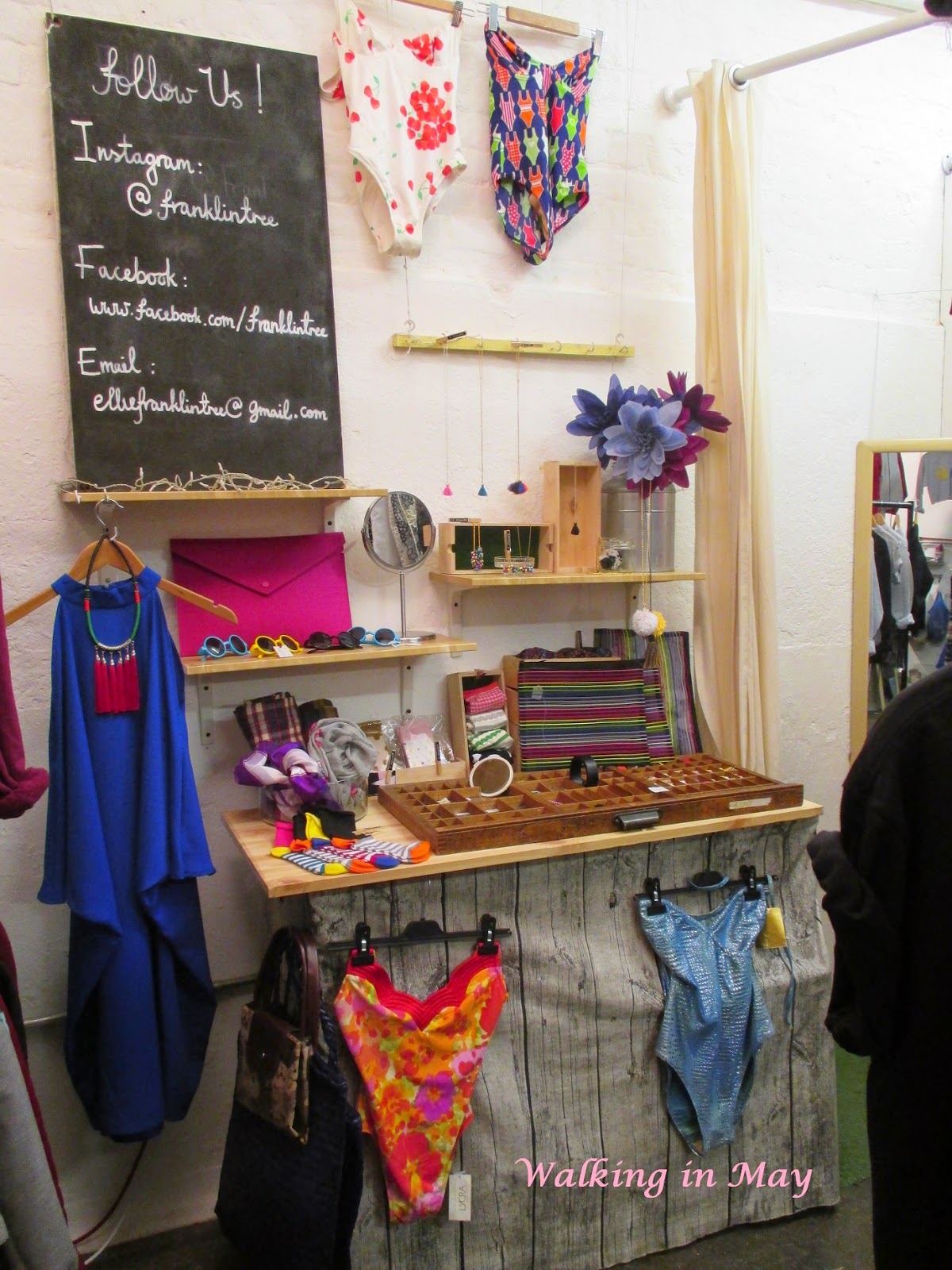 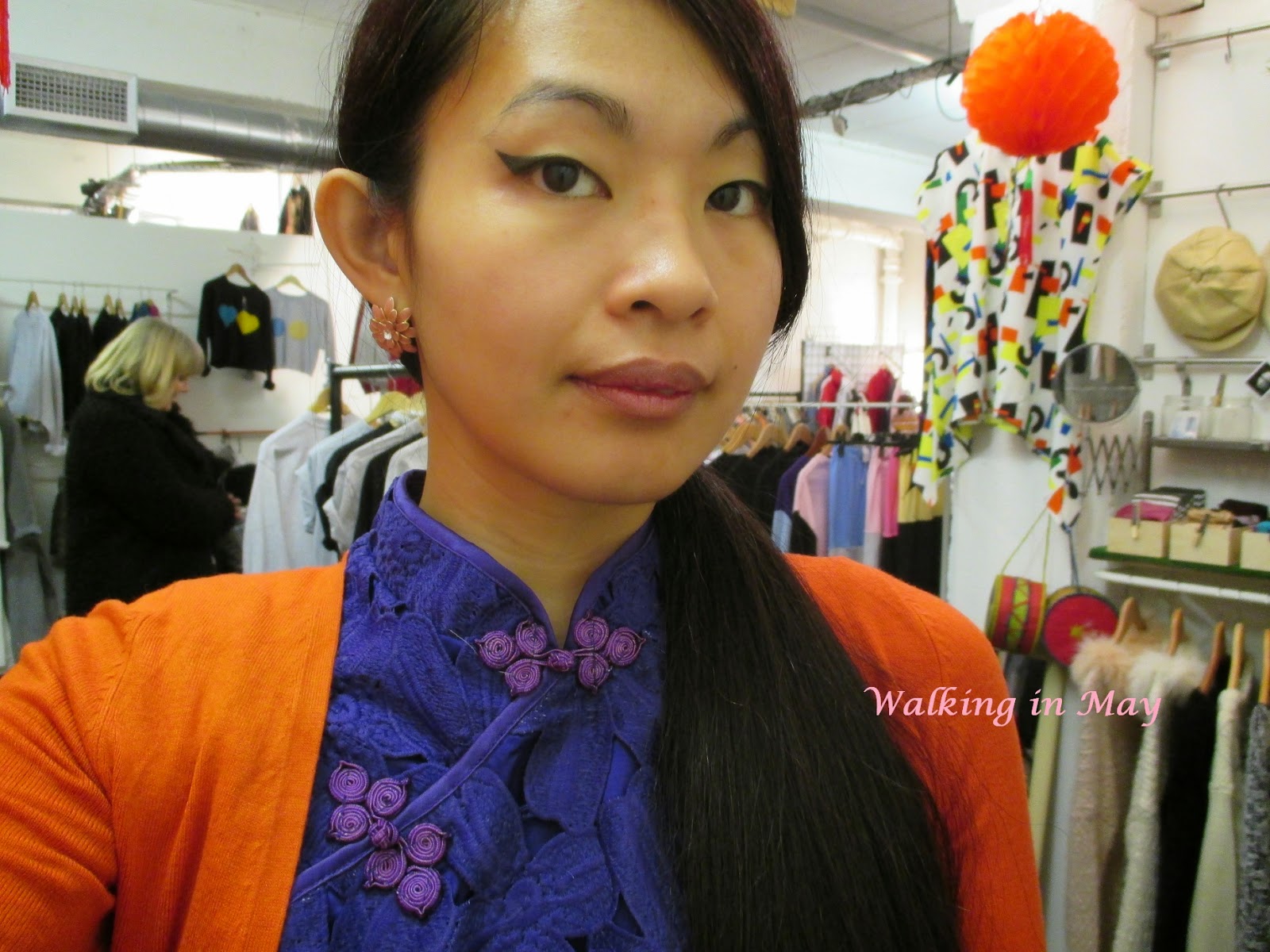 Food also plays an important part for Chinese New Year with connotations of prosperity, and of course the worldly joy for many that is eating....plus not to mention the leftovers of sorts. [For a FREE e-book of delicous and simply festive recipes during Chinese New Year, in welcoming the season of Spring, hop on over to this recipe blog 'China Sichuan Food' that I have recently discovered] For example, 'Nian Gao' is a glutinous steamed sticky cake of a Japanese Mochi consistency, usually sweet and eaten during the Chinese New Year period as its name directly means 'gaining height in the year', which can bring hopes for progression or growth in the new year. It can be found in most Chinese supermarkets, traditional for the Chinese culture and you can even make your own Nian Gao at home! 'Nian Gao' can be eaten on its own or made into different dishes encompassing stir-fry in soya sauce (Gungjung Ddeokbokki - Korean recipe), or even deep fried in batter with sweet patato slices (Fried Kuih Bakul - Malaysian recipe)....all in all absolutely yummy. Just in case you might still have some in your fridge here's some 'How-To' videos you can try to finish off this festive food in sweetness: 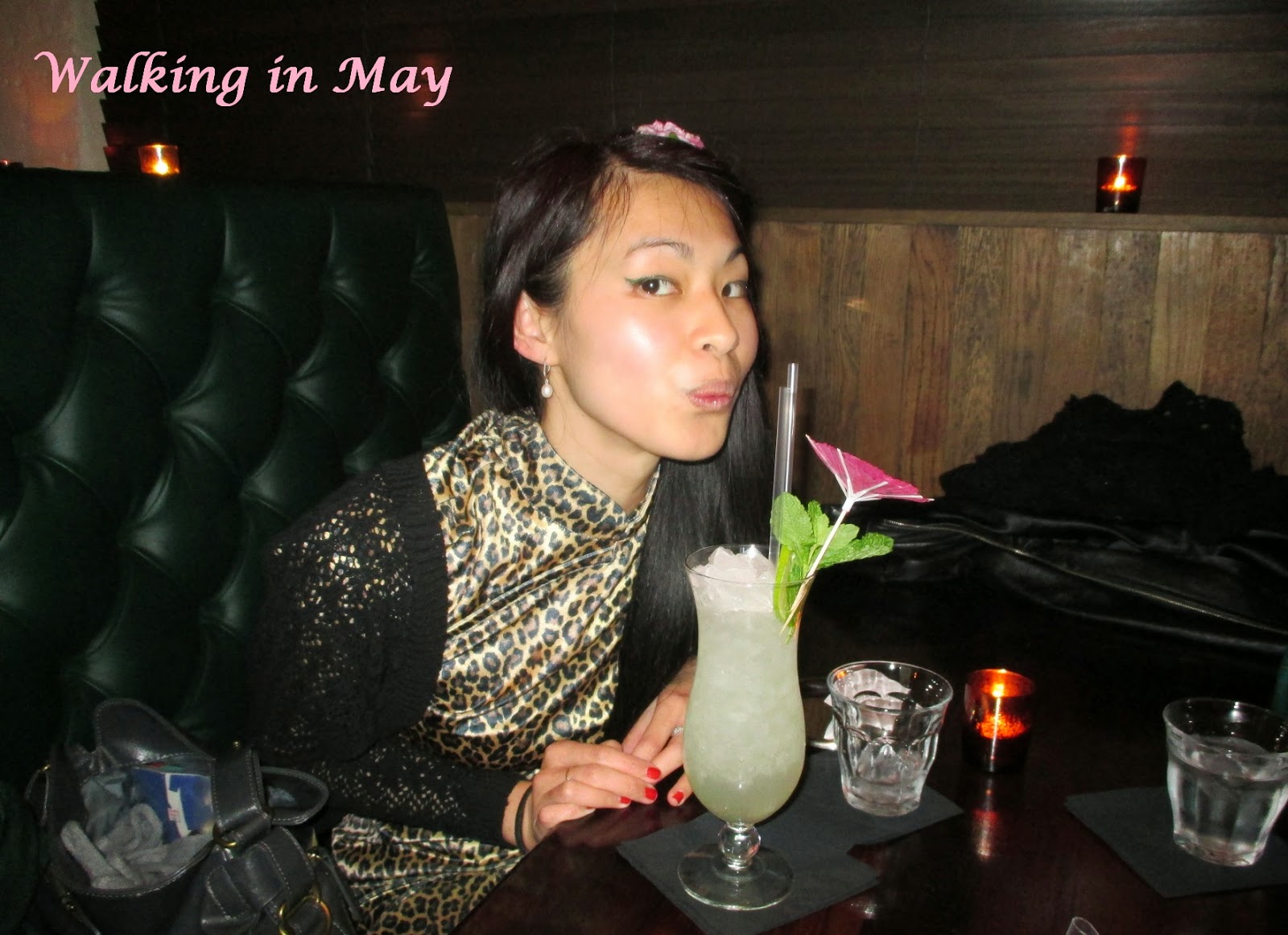 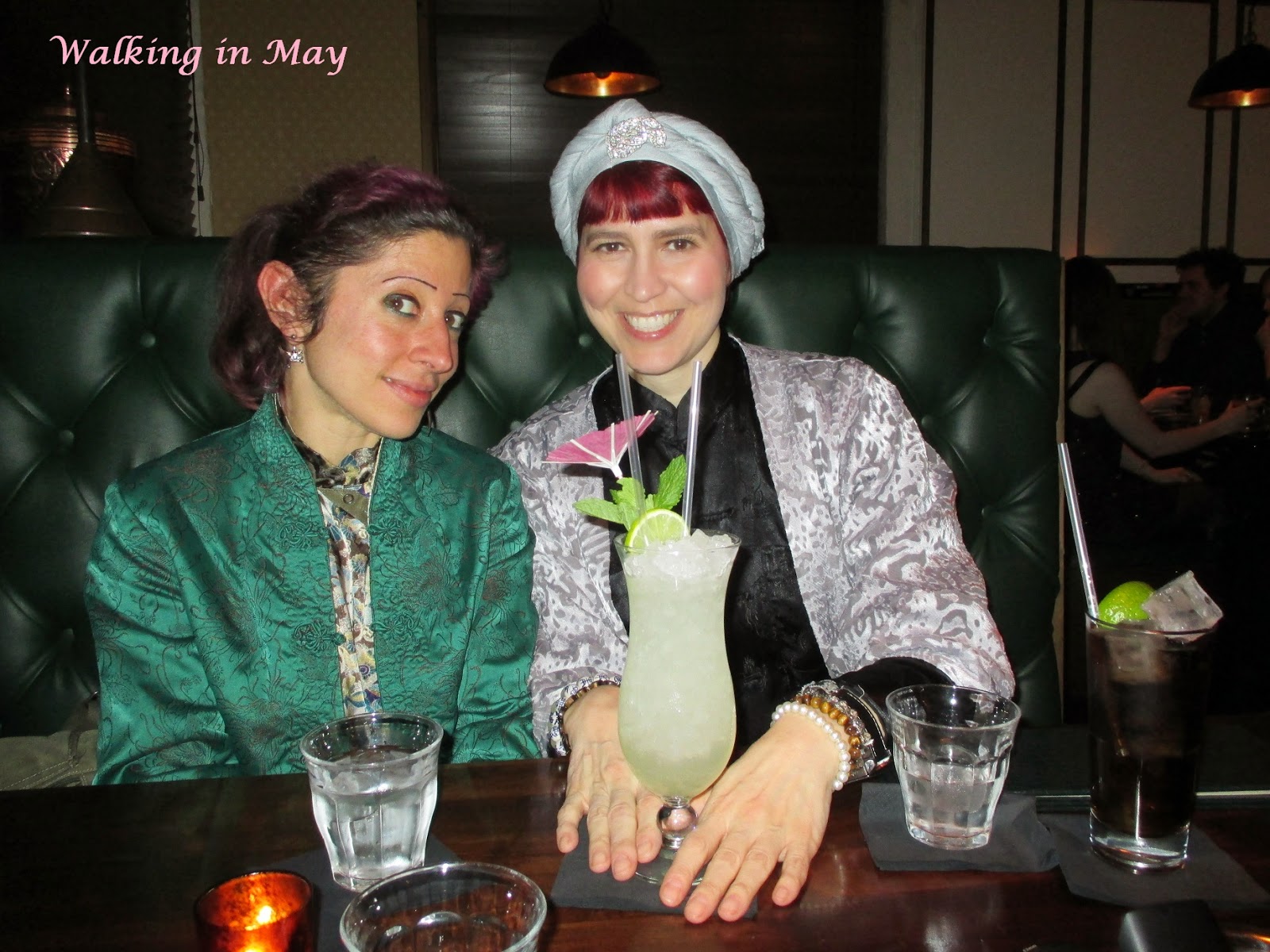 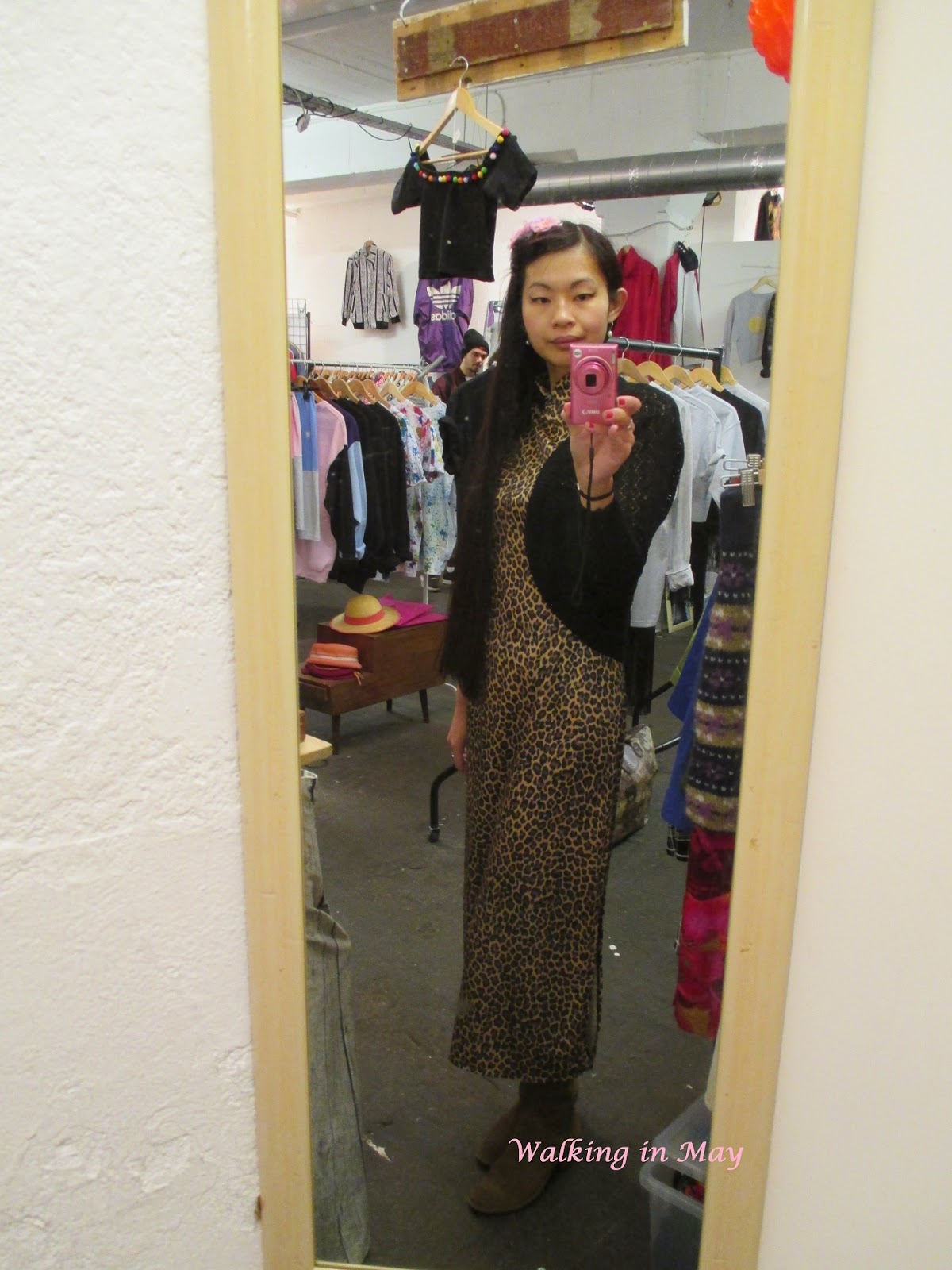 With a few friends I headed to Nola's (Shoreditch, London) for a cocktail to celebrate the new year of the goat...completing the #CheongsamConfidence idea with a lovely celebration! After all, the whole mini-campaign began as a gesture to call for more self love, acceptance and appreciation; to know that whoever you may be, what you look like or how you feel about yourself...you should know that you are beautiful. Never change because of another person or an idea that you ought to embrace, but change because you love yourself. A lesson I have most certainly learned, and still continue to learn with different living being or matters that cross my path. Lastly I leave you with a 'Beautiful' video, that is thought provoking and meaningful....remember darlings; YOU are Beautiful!


Until the next time,
♥ May xx
PS: Apologies for the very very late announcement....but the winner of my cat inspired Giveaway 2 is...Kizzy Von Doll from The Dainty Dolls House! (Please drop me a line if you happen to see this sweety, and thank you for entering.) 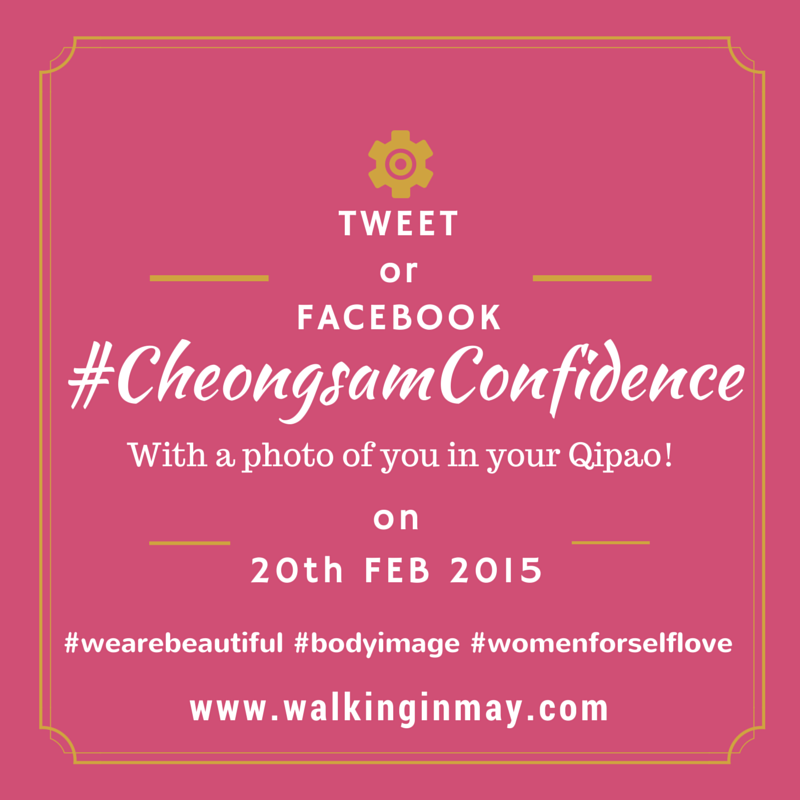