Zen Yoga: A yoga teacher with Graves Hyperthyroidism...what's stress got to do with it?

Have you ever felt so tired that even a 8 to 10 hours sleep night was unable to fix things? Imagine having that every day for about a year, together with surprises such as...emotinal anxiety, panic attacks, shaking hands, heart palpitations, cold sweats, hunger pangs, depression, not having normal control over your own body and bursting out in tears without any reason that you knew about....which made you want to just cling to your bed. In 2010 I was first diagnosed with Graves Thyrotoxicosis (or Hyperthyroidism); which is a condition where the butterfly shaped thyroid gland in your throat becomes overly active in producing far too many hormones than your body can cope with, resulting in a quickening of processes from metabolic and heart rate to blood circulation....so your body works at a constant high as though you would never stop running a sprinting race. How can you not be tired? [Find out more about Hyperthyroidism on BTF] I've been there and lived through it. Embarassed in living as though I was a pregnant woman with panic attacks that made me run off the tube in search of a restroom in urgency, hand shaking even as I tried to push open a door, and truthfully I had no baby to speak about (unless you count my cat BouBou). The mere fact of my condition, the symptoms I had to cope with and the changes in my life made me depressed....I sat and cried over the repeated mantra "I just want to be healthy". It was not like I was dying, but it was not like I was living either. It was like a limbo I did not know how to get over. My saving grace, believe it or not, was the simple daily 10 minute meditation practice I did (albeit sat up feeling motivated or as I laid in bed preparing to sleep), a habit since I became a practising Buddhist at the age of 16. It made me feel as though I would shake a bit less day by day as I continued on thyroid mediction, hospital visits, blood tests as well as counselling or talking therapy....so that was life from 2010 to 2012. 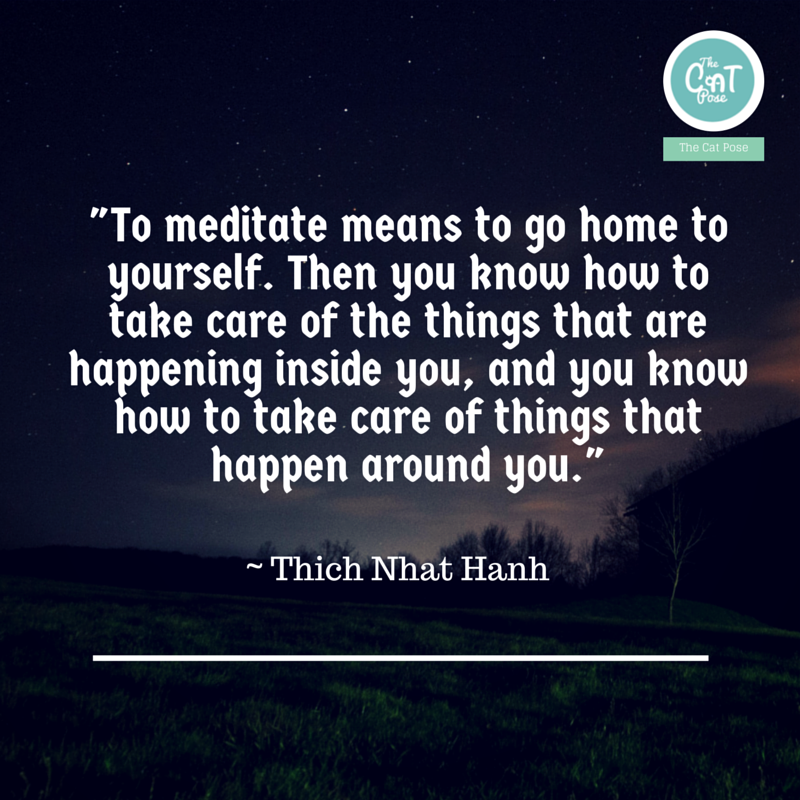 Fastforward to January 2015, after being...blatantly shocked into tears by a friends betrayal in the midst of changing careers, attending my Zen Yoga 200 hours Teacher Training with Zenways, walking a half-marathon in 5 hours 30 minutes as well as fundraising for the Breast Cancer charity, launching my mini body positivity 'Cheongsam Confidence' campaign for Chinese New Year on the blog, accepting interviews for UK fashion website 'My Daily' and London radio programme 'Lucky Cat' on Resonance FM as well as Malaysian TV programme 'Capital Today' about the Qipao (Cheongsam), starting my own yoga teaching service called 'The Cat Pose', creating the website, planning yoga lessons and learning from scratch how to make it a business in running my own Zen Yoga classes in big bold London with an email challenge from the Yogipreneur. I was so excited and so determined to make everything a success that I was working non-stop on 'The Cat Pose' as well as my blog. Maybe because of my practice of yoga and meditation, but my hands shook a little at times and disappeared again without much notice. Only when my heart palpatations started creeping in as I was doing yoga or about to fall asleep that I noticed I must have triggered something healthwise. Then I thought; could it be my thyroid? But I didn't feel awfully tearful, depressed or had any panic attacks like last time. Granted, I was a little tired from working in such a focused manner, had slightly shaky hands at times and some pressured to fill yoga classes with people...I somehow still felt not too bad despite what chemical reaction might have been triggered within my biological existence. So when a doctor called at 2am one very early February night in an emergency to alert me of the fact my thyroid was highly overactive with free T4 level of 100, and that I should get medication from my GP as soon as possible, I knew my condition was much more serious than it had been in 2010. 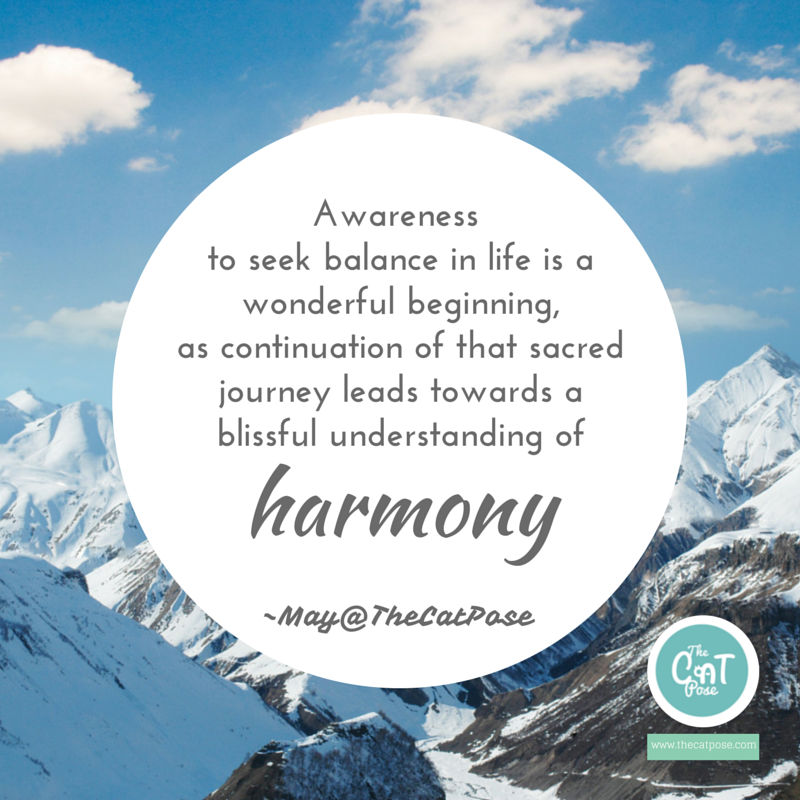 In 2012 my doctor had discharged me with a preventative caution to "live a stress-free life", as not being a smoker or drinker of much alcohol meant my biggest trigger would be stress or pregnancy. I had laughed at the time, thinking what a funny notion it is, as we all have stresses in life no matter what we do. But my experience of falling out of thyroid sync this time has taught me that the difference is in 'how' you manage that stress. Perhaps it is because this time round I am in a priveleged position to teach others to de-stress, or maybe it is because I discovered my love for teaching Zen Yoga and subsequently developed some cat-like super powers. I realised I had to step back from all I was doing, and accept in honesty that I live with Graves Hyperthyroidism disease...as awareness is the first step to change. Then making the conscious choice that I would practice what I teach more wholly, let go of wanting to be in control of situations so much, and become more compassionate towards myself. It also made me realise what unresolved emotional shock as well as stress can do to a person, how important the work I do as a yoga teacher is, and why I have decided to start teaching a 'Gentle Zen Yoga for Relaxation' course. So together with practising Zen Yoga, Vajrayana visualisation and meditation, I scheduled positive resting as well as mindful leisure time into my calendar. The mantra in my head became what Zen monk Daizan Roshi, who trained me to become a yoga teacher, once mentioned; "See the world with one eye for good, and one eye for bad." In true Zen ways, the mysteries of the world can be understood through riddles of such crystal clear wisdom...and it made a lot of sense to me. At times, even allowing me to step out of the 'just react' box to see a bigger picture, and realise more often than not people's actions or words towards you actually have a lot to do with themselves (how they see the world or what they are dealing with in life). 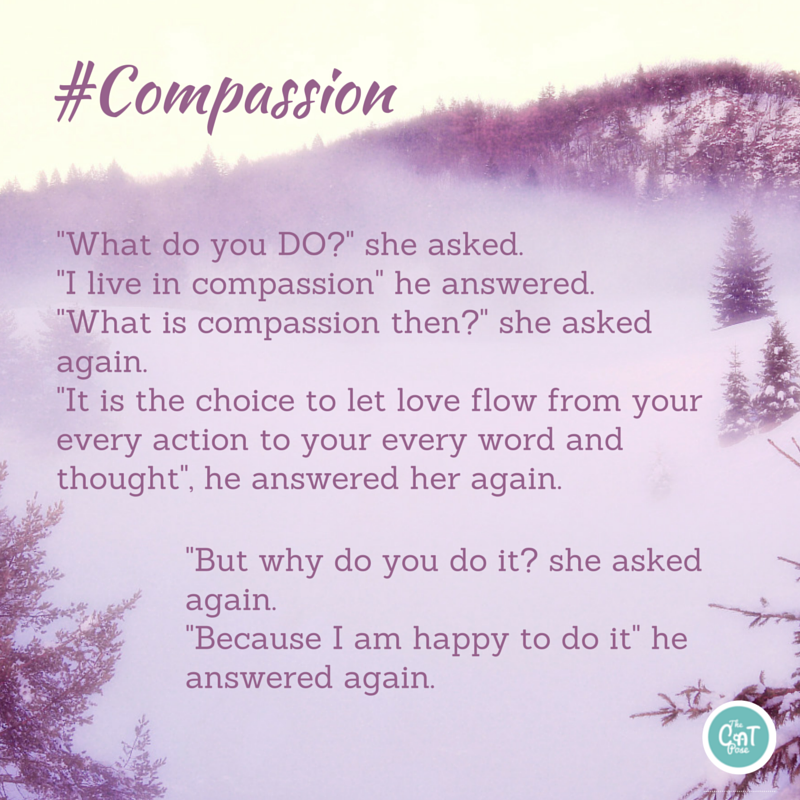 Perhaps one can argue it was emotional closure of sorts, or that the meditation, mindfulness and Zen Yoga had nothing to do with it at all...but I still felt I was coping better with the symptoms of my hyperactive thyroid. Interestingly my GP's prescription of medication just followed what I was given in 2010 when I had lower thyroid overactivity at 20mg Carbimazole dose, so by the time I got through the queue to see the specialist at hospital I was surprised to hear she would have started me on a much higher 35mg dose instead. The blood test I had at the end of March (after only about a month of the relapse happening) also showed a significant drop in overactivity from a hundred to a free T4 level of 29.5 and means that medication dose can be reduced to 10mg after another month. Eventhough hospital visits, blood tests and medication is likely to continue for a while to come, I like to think that my more mindful and positive approach in life today has helped. Which also made me grateful that I rejected the option to kill off my thyroid gland permanently with radio-active iodine and be on medication for life....because I really didn't want to give a part of myself a death sentence. I wanted to give my thyroid another chance to survive and be well again, even if it is only for another two years. As having been born with a bent nasal passage and being allergic to almost every allergen they tested me with....from dust and trees to birds and cats, I am still breathing. I laughed as the specialist joked on how I am allergic to "everything", and I was puzzled when the nurse commented "You poor thing" in sympathy because my allergies were so severe that it went beyond even me realising I had Hayfever. It meant my system produces so much mucus and tries to combat my allergy whitened airways daily that it always ended kicking up a cold or flu, more frequently than your normal person. Which probably also explains how I have noticed through breathing in Bridge pose that one on my lungs is much smaller than the other, and why I was quite asthmatic as a child.


My strategy, if you can indeed call it one, is to continue living and breathing! After all, if I were to just give up and become a simple vegetable then what fun would life be? Don't get me wrong, I love most vegetables and dinner is usually the only meal where I take some form of meat, but a vegetable is not exactly the lively fighting image to create inspiration. In some ways I do feel as though I have truly been living against the odds, as at times it amuses me too much that I have no idea how I survived through the years and am still able to smile about life today. So I decided to be even more daring to try to help make it possible for more beautiful little butterfly thyroid glands to live and have a better future by fundraising for a charity called the British Thyroid Foundation for my birthday celebration this year...as I hope medical research can create a different future for this genetic disease one day. And no, I am not doing a bake sale like most normal people do, as I don't think my baking skills are quite on par and those risking food poisoning might not thank me afterwards. But what better way to fundraise than offering the one know-how that has helped me so much in my own life.....yes, you've guessed it....I am running a Zen Yoga Vintage Picnic. If you happen to live in London, would like to experience some gentle Zen Yoga (try the video above) or relaxing meditation, and lie carelessly on the grass in a 1960s to 1970s themed Vintage picnic....then join me:

Alternatively, if you would just like to support my fundraising efforts or the British Thyroid Foundation, then just drop your donations on my 'Zen Yoga Picnic JustGiving' page (button above), tell others about my fundraising event, or visit the current BTF fundraisers page to support others who are also fundraising for this charity. I am definitely no saint or nun, but I do want to try to make a difference and I hope telling my story will simply help others feel that they are not alone...in fact, I teach a student in my Zen Yoga class who also has Hyperthyroidims and has been living positively. So keep on smiling whatever your day may bring. Leaving you with one of my favourite heroes Audrey Hepburn's thought provokingly wise words; "Nothing is impossible, the word itself says I'm possible!" Thank You for being here and have a fabulous weekend darlings! 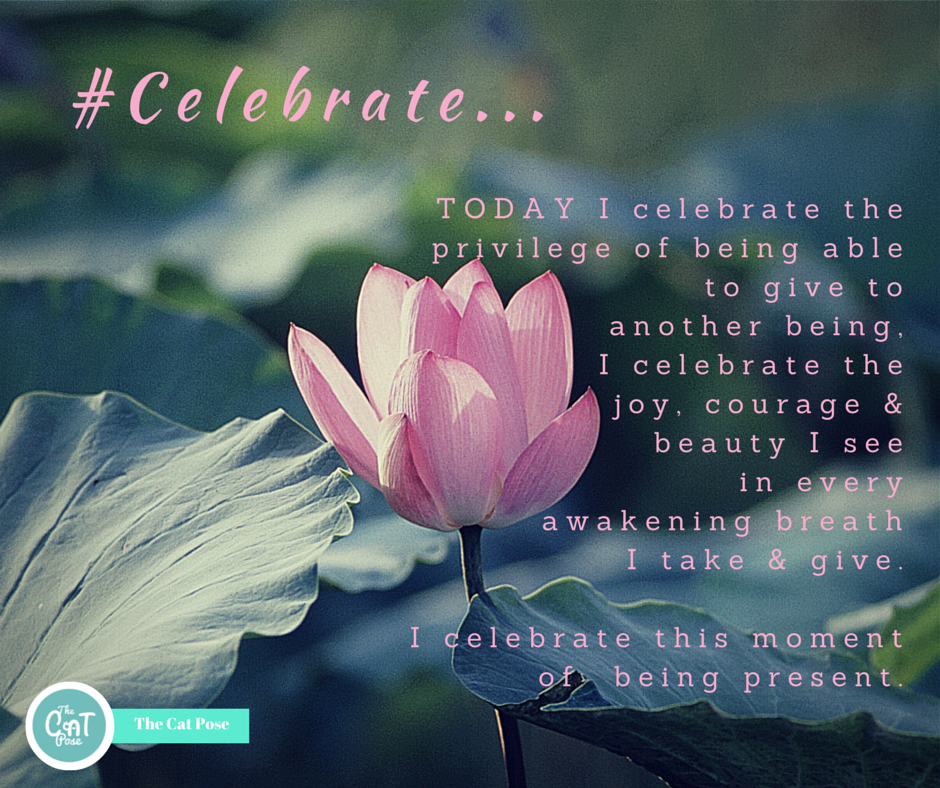